Tarzan and the Republic of Kinney

July 13, 2019
Hello and welcome to a cheerful high of 85 and sunny kind of Saturday here at the Wannaskan Almanac. Today is July 13th, aka a first cousin of Friday the 13th, but much nicer and much less superstitious.

Preparations are underway for the 2019 Roseau County Fair as 4-H families and friends gathered this past week to sweep ceilings, clean out refrigerators and clear out the cobwebs and fly carcasses that collect over the winter. The fair is a summer highlight - a place where Wannaskans from across the county make the annual trek to see what's new, what's up, and what's to come. The fair is a major event, receiving higher priority than summer solstice, and arguably as much importance, in terms of patriotism and nostalgia, as Independence Day. If you've never been, then you're either not a local or a recent transplant, in which case, I welcome you to the biggest bash of the year! It hasn't started yet, so you're in luck! Grab your calendar and save the date: July 21 - 26. No need to attend every day, but, like church service, it's good to make a showing at least once a year, no matter how brief.

Other Wannaska news includes Warroad Summer Theatre's Tarzan the Musical. It debuted this past week and I hear the cast is awesome and the set is amazing. Tarzan's a friend of mine, who's been growing his hair out for this very role. And if you've never seen a set designed by the local favorite, Jim Provance, you're in for a treat. And hello!  Director, Bonnie Nordvall! For this show you're in for a doubly delicious treat as she has not only directed the musical, but stars as the loving mama ape, Kala. Straight from the proverbial horse's mouth, in regards to this particular production of Tarzan, Bonnie says, "This show is positively pulsing with energy, a swinging good time!"

Word of the success of this production is spreading like wildfire, so you'll want to make reservations for sure by calling (218) 469-1152.

Otherwise all is quiet on the home front. The 7-year-old started a 2-week stint of swimming lessons, Level 4: The Front Crawl. She's gaining confidence in cannonballs and doggy paddling. Next up is blowing bubbles instead of holding her nose. She thought she might be able to get away with a one-armed paddle, but when I asked her to try a one-leg pedal on her bike, well, she could see the problem.

Teen #2 has successfully completed behind-the-wheel and will be out on the roads with his ma to master the skills by his sixteenth birthday this fall. Hubby is encouraging him to put off getting his driver's license as long as possible and we came up with the perfect hindrance: have him fill out his own driving log sheet.

The neighbors passed down a battery-operated motorcycle to the toddler, so we can say we have another motorized (somewhat) vehicle parked in the driveway. 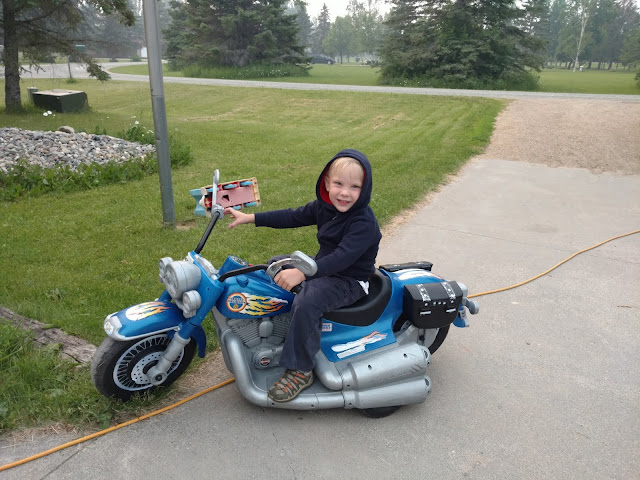 The Oldest comes home today from a month at Laketrails and I'm looking forward to hearing about her adventures and insights.

The WAKWIR (Wannaskan Almanac Kid Writer-in-Residence) has been busy putting together the first video for his new YouTube Channel to be released soon!

And if you love movies and books set in Minnesota, today's "On This Day" historical highlight would make the next great hit. In 1977, the small Iron Range town of Kinney, Minnesota, declared its secession from the U.S. in an attempt to get their failing waterworks repaired. Here's a brief article from Atlas Obscura about the Republic of Kinney.

Of course, they didn't actually secede, but they were able to get their water system repaired, as well as a few pizzas and a new Ford truck to boot. This true story has a Fargo-esque, Coen brothers sense of humor and charm, minus the wood chipper.

Yes, yes, yes, the WAKWIR is back and he has a new and Fancy article this week.

W.A writers and readers:Two days ago, I started a Youtube channel.

Well, I started a new one. On March 20, 2016 I made my first Youtube channel called jjj33380(Which I later changed to David Hruby), and on October 16, 2016, I made my first Youtube video called “My first video by me” (Don’t try to look for it, I deleted it 6 months ago). And my epic journey began! Over the course of the next 3 years, I made many Youtube videos. I wasn't that popular though. Just yesterday on the 12th, I just hit 50 subscribers. Not that good, but I started a better Youtube channel. It's called… The Clenched Bench. It refers to my Xbox Live account gamertag, ClenchedBench77. Why I think it’s going to be successful is because it’s going to be a Minecraft channel. Now you're probably thinking: Minecraft? That old sandbox game that was made by Markuss Persson and Lead Developer Jens Bergesten? Well, see this one youtuber called PewDiePie makes Minecraft Videos now almost every day, and he gets millions of views every day. I don’t think I’ll be very good, but hey, a lot of youtubers take years to get popular so wish me luck and happy video watching!

1985 - Live Aid benefit concert
Held simultaneously in London and Philadelphia, the concert raised millions in benefit of those affected by famine in Ethiopia. Over a billion people tuned in around the world to watch the show.

1977 - Ethiopian-Somali War begins
The Somali National Army invaded the disputed Ogaden region between Somalia and Ethiopia. The war lasted for 9 months and ended with a Somalian retreat

1814 - National military police of Italy created
The Carabinieri was established by the Royal Patents as a policing force with jurisdiction over the military and civilians.


Whether it's nature or man-made, enjoy the beauty and art around you and make it a great Saturday! 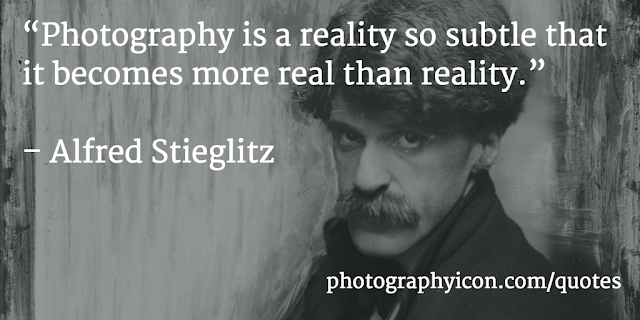