November 27, 2018
Hi there, Wannaskan Almanac reader.  I am here to console you.  I know that you ate too much on Thursday, then spent too much on Friday, then slept too much on Saturday, then ate too much leftovers on Sunday, and then spent too much again on Monday.  That is what I did anyway.  So here it is...Tuesday...and you and I have nothing but regret...and a few extra pounds and a lot less in savings.
There is hope though!  There is still that magical, whimsical holiday coming.  We can put up lights and decorate trees and bake cookies for your favorite Wannaskan Almanac writer!  So cheer up, little buckaroo...Christmas is coming and it is coming for you!
Today in history:


176  Emperor Marcus Aurelius grants his son Commodus the rank of Imperator and makes him Supreme Commander of the Roman legions.  I have never considered the name Commodus for anyone.  Insert bathroom joke here.


1703  The first Eddystone Lighthouse is destroyed in the Great Storm of 1703. 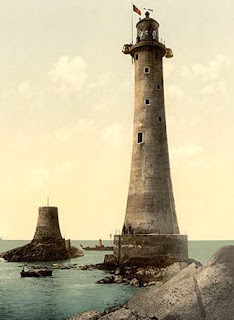 1807  The Portuguese Royal Family leaves Lisbon to escape from Napoleonic troops.  A little known fact is that for years I thought neopolitan ice cream was named after Napoleon.  I still have serious thoughts about this.


1839  In Boston, Massachusetts, the American Statistical Association is founded.  56% of all people know that most statistics are completely made up.


1886  German judge Emil Hartwich sustains fatal injuries in a duel, which would become the background for “Effi Briest”, a classic work of German literature.

1924  In New York City, the first Macy’s Thanksgiving Day Parade is held.  Unfortunately back then everything was black and white.  The world didn’t become colored until 1948, according to the American Statistical Association. 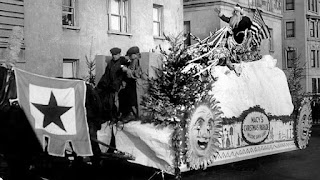 Today's anonymous quote is  "How can you make sure you never miss your target?  Shoot first, and whatever you hit call that your target!"     I would like to point out that this is not good advice for deer hunters.

Hopefully this got you through the post gorging and spending blues.  If not, won't you consider buying my book?  It makes a great Christmas present.  It is available wherever K-tel Records are sold.