This week my husband asked me to go for a drive. A romantic notion and, therefore, an invitation I gladly accepted. The problem? My husband thinks his car looks like this:

Folks of our local Star of the North Toastmasters club here in Wannaska country know all about this clunker, my husband affectionately refers to as My Jalopia. (Note: Another term of endearment we use in our household for this 1987 VW Jetta, i.e. the very first car we purchased when we moved back to the U.S. in 2003, is Great Grandma - an upgrade she got last year when our 1997 Subaru Legacy wagon, i.e. the second vehicle we purchased, assumed the Jetta's previously long-held title of plain old Grandma.)

My husband's Toastmasters speech was entitled, My Jalopia, in which he waxed poetic, with absolutely zero irony, about his passionate commitment  to his vehicular lady love and his tale of besotted determination to resurrect her from the dead, not once, but twice.

His sincerity and sweetness brought to mind the novel, My Antonia, by Willa Cather, which, admittedly, I have yet to read. Nevertheless the title alone rings familiar -  a doomed, if not loyal love, with, perhaps, a hint of sadness. Much like my husband's.

Monday evening, my husband discovered that My Jalopia's spirit had once again threatened to release itself from its automotive form into that space between life and death - the bardo, as Buddhists call it. (Which reminds me of another book, Lincoln in the Bardo, by George Saunders.)

He checked the battery. He checked the spark plugs. I'm not sure what else he did, but he labored lovingly under her hood for several hours, his efforts eventually rewarded, as she rumbled and stuttered back to life.

"Want to go for a ride," my husband asked, with a mischievous, yet romantic, arch of his brow, even after nearly 20 years of marriage.

We hopped into Great Grandma and peeled out of our little driveway feeling as young and carefree as teenagers. I don't think we even told the kids where we were going. Aaaaah.....freedom.

He turned his motor mistress onto County Road 5, heading south to the Beltrami Island State Forest where we'd check on the blueberries. My husband placed his hand tenderly on my thigh. It felt like old times, when our favorite thing to do was face the open road, eager for new adventures.

Just after the Wenzel's Music Studio sign, the car spluttered a soft put, put, put. As he pressed on the accelerator, the sounds died and the car coasted. My husband, in shock, no doubt, that his vehicular lover would betray him, sat transfixed, his foot stilled above the pedals.

"Stop!" I yelled, as a memory from our dating years surfaced. One that I did not want to repeat. "Stop! Stop!" I yelled again. Shaken from his rumination, he finally pressed his foot on the brake. He popped the hood and took a look. Pinching, poking, prodding, asking me over and over, "Try it now."

The turning of the key produced only a pathetic chugga chugga chugga that would not turn into the cough, wheeze and final gasp to life that he had grown accustomed to. It was New Year's Eve 1998 all over again.

My husband and I met just before Thanksgiving 1998, a week or so after I learned that I didn't get my dream job - the job I'd been grooming myself for since I was 15 years old. (That's a story in itself.) We were thrilled to discover the other and were perfectly and wonderfully self-absorbed in this new budding relationship. We were eager to celebrate New Year's Eve and all that 1999 would offer us.

On the freeway, 35 W, making our way west to Dinkytown for another of our many party stops planned for the evening, my husband's first love, a 1990 Chevy Lumina, exhibited the same signs of vehicular illness. Spluttering, deaccelaration, a refusal to start again despite his coaxing. We had to get off the freeway and fortunately there was an off-ramp right in front of us. I was the heavier of the two of us, so I got out and pushed while he stayed inside and steered. While most gals would balk at this role reversal, I felt proud and strong that I could take care of my man.

Strangely enough, on Monday night, I couldn't help but to sit there, in the Jetta and reminisce fondly while my husband desperately tinkered. Being stranded in the car, working together to find a solution - that's the magical stuff happy marital dreams are made of.

Neither of us could remember anymore the exact series of steps that got us out of that New Year's Eve predicament, but, in that moment - that stranded by the side of the road, twenty years later moment - we both felt the magic.

I caught my husband's eye. He smiled and shook his head as he emitted a small chuckle. He released the stand, catching the falling hood in his palms before gently pressing it down until it latched. I got out of the Jetta and made my way to the front. Mosquitoes hovered, a mass large enough to produce a cloud and audible buzz. And together we pushed.

All the way home.

Which, fortunately, was only 200 yards.

The WAKWIR assures me he is writing up something wonderful. Meanwhile, he and the Oldest are volunteering for the Yellow Rose race while their brother runs the new 10k portion.

2003 - The First Person to Get Married While in Space
Russian cosmonaut Yuri Malenchenko was on the International Space Station when he married Ekaterina Dmitrieva, who was located in Texas at the time of the wedding. The wedding took place through a NASA satellite hookup.

2001 - An attack on a train during the Angolan Civil War kills about 250 people
Rebels from the National Union for the Total Independence of Angola (UNITA) in Angola derailed a train using an anti-tank mine and opened fire on the passengers.

1990 - Magellan Space Probe is Inserted in Orbit Around Venus
The first spacecraft to be launched by a space shuttle, Magellan was a robotic space probe that spent 8 months gathering data about the surface of the planet also known as Earth's twin. The probe was launched from Kennedy Space Center, Florida on May 4, 1989, when Space Shuttle Atlantis took it to low Earth orbit and released it.

1944 - Battle of Narva ends
The 8-day long battle was fought between the German Army and the Soviet Leningrad Front for the control of the Narva Isthmus in Estonia during the Second World War. The battle ended with decisive German victory

1675 - The foundation stone for the Royal Observatory, Greenwich is laid
Commissioned by King Charles II of England, the Royal Observatory started operating in 1676 under the supervision of John Flamsteed, the first British Astronomer Royal. The observatory is famous around the world because it location marks the Prime Meridian passes through it.


Pack a picnic, take a drive and make it a great Saturday! 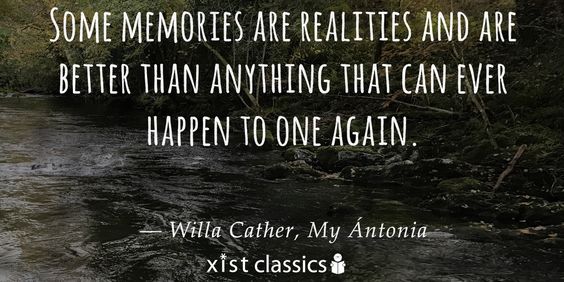 February 22, 2020
Hello and welcome to a super, sunny - yes even though it's winter - Saturday here at the Wannaskan Almanac. Today is February 22nd and if you write out the date numerically that is 2/22 or  2/22/2020, which you should totally write out because it is loads of fun.

A week ago, I ventured into the heart of Wannaska country to the little town of Wannaska itself. I don't get to Wannaska proper much, in fact, the last time I spent a significant amount of time there was already 2 years ago, when the WAKWIR and I went dumpster diving for some Tarzan books. (Oh, the things we do for the Wannaskan Almanac readers.) But I have driven through and every time I do, I eye that Cafe 89 and think, "Now that must be a nice place to stop."

On Valentine's Day, I had a literary gathering of sorts with Jack Pine Savage and Chairman Joe, and, since I was on the road, coincidentally after a stop at the Roseau County Transfer Station, thought I would get some work done on the computer an…
4 comments
Read more