March 09, 2019
Hello and welcome to a super optimistic Saturday here at the Wannaskan Almanac. Today is March 9th, aka a BIRTHDAY day here at our house. Happy Birthday to the 1st grader, who's so excited, she might have grown an inch just from all the energy of her enthusiasm.

Yesterday, she had a pre-birthday tea party with a friend. The playdate had been planned since Monday, but the tea part was impromptu and a side effect of writing a scene in the current WIP filled with tea etiquette. I pulled out my fancy Czech teapot and matching cups and saucers I got as a wedding gift. The girls chose square Valentine paper plates and matching napkins. Along with the "tea" (aka apple juice, but we pretended), I served Ritz crackers with a choice of mozzarella or Colby jack cheese, and apple slices. The featured dish was a chocolate cake with a sprinkling of milk chocolate chips served on a fancy cake plate. I showed the girls how to spread their napkin across their laps. They enjoyed polite conversation as I left momentarily to supervise - not a tea - but a picnic of the same menu in the boys' bedroom for the W.A.K.W.I.R. and his visiting friend who welcomed a much-needed break from their Minecraft world. I think I had as much fun as the kids. 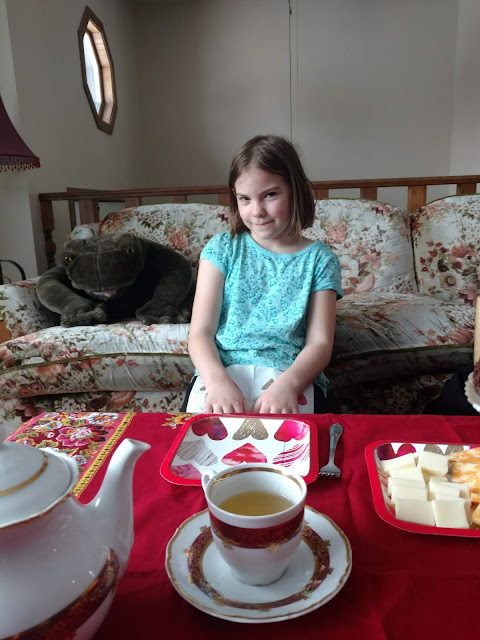 On this day in 1959, Barbie went on sale, so Happy 60th Birthday to the doll that was a serious game-changer in the toy industry. I had a couple of Barbies growing up. Although I think they may have been a couple of faux dolls. My favorite was a blond who had short hair. My doll experience was all about the hair and whether Barbie had a boyfriend. My oldest daughter had no interest in Barbie, real, faux, or otherwise. I'm trying to remember if she ever got one.She may have, but if so, that doll hit the skids a long time ago, with the kid opting for Legos instead. The first grader doesn't have a Barbie either, but she does have Elsa, Anna and Kristoff. She likes them okay, but prefers her Frozen Legos. Neither of the girls worries much about hair or boyfriends yet. As a mother, I'll take that as a parenting win.

Last weekend, I went with The Oldest for an all-girls engineering overnighter at the Iron Range Engineering campus in Virginia, MN. The #Night's theme was #ChangetheWorld and the director of IRE, Christine Kennedy, told the girls, "If there's one thing you takeaway from the event it's this: engineers solve problems to make the world a better place."

Girls got to pick an engineering project to work on for the night. For example, one group had to design a prosthesis for a person missing the top half of a thumb. They designed four prototypes and selected this one. When the girl bends her pinky, using this device, the thumb bends as well. 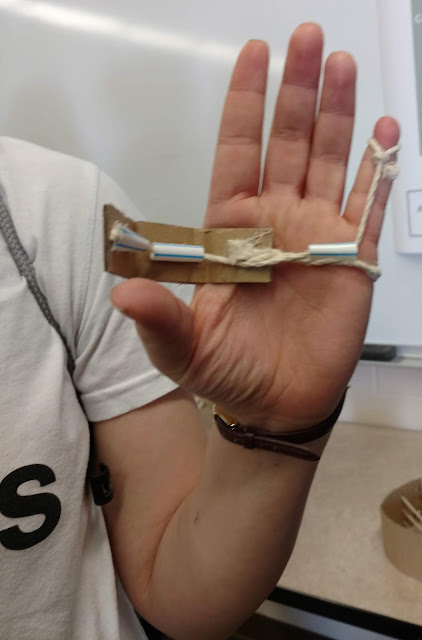 Another group built a motor using electromagnetic...ummm....stuff. Okay, maybe I don't remember what it's called, but I got the gist of it which was the opposing magnetic poles create this constant conflict which makes the coil in the middle spin. 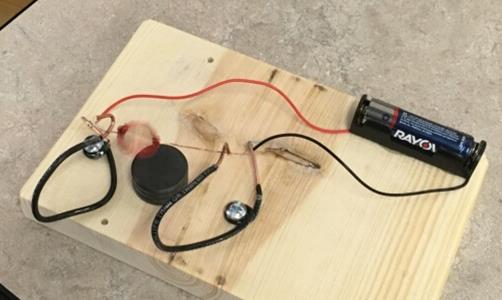 My daughter chose the backpack project. This group was tasked with designing a backpack for a girl, Sasha, who played the flute, was visually impaired and was a good student. (My daughter plays the flute, so that was helpful.) My daughter told me afterwards that each team member was equally indecisive and meticulous, so when she recognized they needed some leadership, she offered hers by asking what each person wanted to work on. 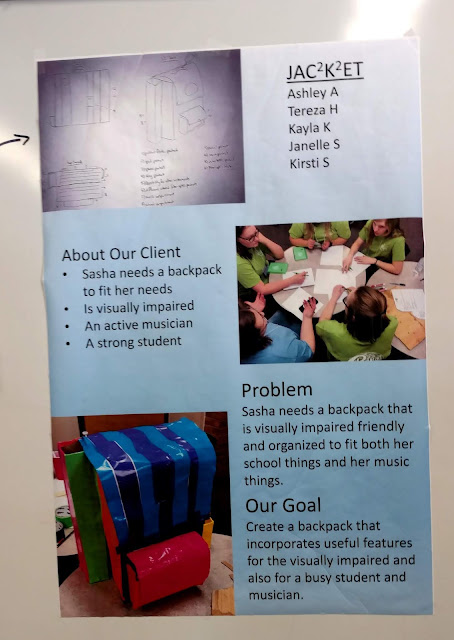 What impressed me most about the backpack was the details and thought that went into personalizing the backpack.


As a non-technical person, I learned that engineering is creative and artistic in its own right. The hallways were lined with framed posters explaining projects IRE students had done for real clients. Polaris was one of them!

On a plaque, I saw this quote, which I think is pretty cool, regardless of your area of interest. "Failure is an option here. If things are not failing, you are not innovating enough." - Elon Musk

I wondered, is there an Engineer Barbie?

Yes, there is! Will it make my daughters more interested in playing with her? While it is cool Barbie comes with safety glasses, I doubt it.

Maybe if she came with Legos.

The 1st grader wrote her own riddles this week. Unfortunately, she crumpled up the originals, but here you go.

"I have pennat buttr.
Kids like to eat me.
I have jelly."
What am I?

2011 - Space Shuttle Discovery completes its final mission
The shuttle touched down at Kennedy Space Center in Florida after its journey to the International Space Station (ISS).

1976 - The deadliest cable car accident in history occurs in Italy
43 people died when the cable car plunged 160 ft (50 meters) to the ground after the steel cable had snapped. 14-year-old Alessandra Piovesana was the only survivor.

1961 - Ivan Ivanovich, a human dummy, travels into space
On its test flight on board the Soviet spacecraft Korabl-Sputnik 4 (also known as Sputnik 9), the mannequin was accompanied by a dog, reptiles, mice, and guinea pigs.

Here's how the test flight went.

1959 - The Barbie doll goes on sale
The American toy company Mattel claims that more than one billion Barbie dolls have been sold so far, with about 3 dolls being sold every second.

1931 - The electron microscope is invented
German physicist Ernst Ruska is credited with the invention of the microscope. His first instrument allowed a resolution of 50 nanometers (billionths of a meter).

If it's been awhile since you played "tea time," gather your favorite kids and that old fancy china and make it a great Saturday! 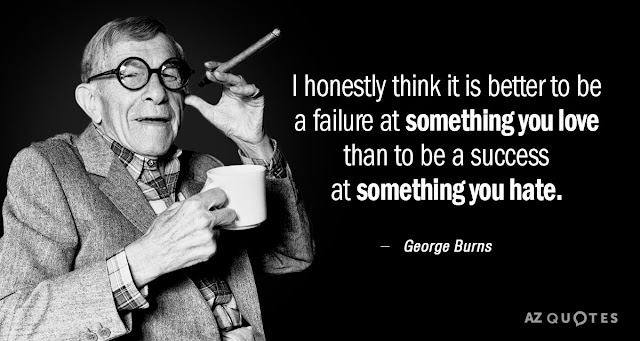