On the Way Back to Normal: Exercise

Hello and welcome to a cheerful Saturday at the Wannaskan Almanac. Today is May 22nd.

My happy news for the week is that I renewed my membership at the local fitness center.

According to the Kindergartener, truth-teller in all things, I have gotten fat. His siblings agree. And I have to agree. There's no wishful thinking here. My pants still fit - how I don't know - but I am grateful.

It's been over a year since I've properly exercised or had an ongoing exercise regime. The pandemic spurred many backyard adventures but none that elevated my heart rate for any significant amount of time to count as cardio.

I walked our little neighborhood loop. A LOT. But still. Not the sweaty, satisfied exertion from an honest-to-goodness workout.

Pre-pandemic, I reasoned that I no longer needed to go to the gym because everything I might use for a good workout - exercise videos, hand weights, yoga mat - I had at home. And when the weather warms up, why would I walk three miles on a treadmill or ride a stationary bike when I could do the same things outside for free?

Because I'm a busy woman, that's why.

Despite my good intentions and well-laid plans, exercising has been a daily bust. My thought process goes like this: "Tomorrow morning I'm going to wake up at 5am and jump around in front of the TV." When the alarm rings, however, it is already 6am because I never set the alarm for 5. Then I swipe right for snooze and get up at the last possible moment.

Then I tell myself, "Take a break from work and exercise at noon. It'll feel great and you will be refreshed for the afternoon." I barely stop for a lunch break let alone a short HIIT stint that I quickly realize is going to make me all flushed and sweaty for my next Zoom meeting. And that meeting starts in five minutes so I don't have time to shower, either.

Then I tell myself, "Okay, Kim. Exercise at 3pm." This gives me half an hour of transition time between my workday and when the kids get off the bus. Three o'clock rolls around, I develop a serious case of JOMT Syndrome (Just One More Thing). My blood pressure rises. I occasionally break out into a sweat. I might burn some calories, but I don't think they qualify as the kind I could enter into the My Fitness Pal app.

Exercise with the kids, you say. What a great idea! We'll be spending time together and their mother will be a great role model for lifetime fitness.

Except that I get really crabby when the Kindergartener wants to sit on my back while I do push-ups or wants to lay under me while I'm doing planks and downward dogs. If it's outdoors, I'm much too slow for the teenagers, and if it's indoors, mom's exercise DVDs are way too lame-o.

Besides, it's time to cook dinner.

For a brief stint, the Kindergartener and I tried doing exercise videos of his choosing. Physical Education teachers across America have been posting a myriad of YouTube videos that pair popular video game characters with physical activity. My little guy picked a Super Mario workout. And it worked! Except that, it had now been well over a year since I'd done any jumping jacks, jogging in place, squats, and ice skating lunges. I was pooped after 10 minutes. You know you're out of shape when you're counting down the minutes of a measly 10-minute video. I use to do 60 minutes of cardio, no sweat!

The Kindergartener loved it, though. After his grand entrance and royal announcement, "I'M HOOOOOOME!" upon returning from school, he'd throw down his backpack and say, "It's time for Mario Exercising!"

"Oh, that's so sweet honey. I love your enthusiasm. I'm sorry, but I don't have time today."

I thought after dinner might be a good time. I'm a nighttime snacker, so if I exercised in the evening, I would burn that dinner, curb my appetite, and it would even be relaxing because the day's work would be done.

Who am I kidding? It's a zoo at our house after dinner. Clean up the kitchen, finish the homework, check the calendar for any evening kid activities, (go to said activities and hope we're not too late), pray as a family, brush teeth, wash feet, watch a short Czech bedtime cartoon (večerníček), tuck little kids into bed, a few more bedtime stories, high school homework, and - oh, by the way, I should probably spend some quality time with my husband. When all that's done, I think, "Aaaahhhh...now I can finally read." Then I remember. I haven't exercised!

"I'll get up early before everyone else and do it in the morning."

The sad part is that I fall asleep as soon as I start reading so I don't make much progress in that department, either. So now, I have two problems: when to exercise and when to read without falling asleep.

This predicament has plagued me the entire pandemic. Then, a week ago, it hit me. If I renew my membership at the gym, I can read while I exercise on the elliptical.

Problem solved! And bonus points for getting two things done at once.

Now, I just have to figure out what time of day to go.

Historic Highlights (credits)
2012 - The world's tallest tower is opened to the public
At 643 meters (2080 feet), the Tokyo Skytree in Japan's capital city is also the second tallest structure in the world after Burj Khalifa in Dubai. Its prime purpose is relaying TV and radio signals.
2010 - The worst air crash involving a Boeing 737 kills 158
Air India Express Flight 812 overshot the runway on landing at Mangalore International Airport. It fell over a cliff and burst into flames. The 737 is the world's most widely flown aircraft.
1980 The arcade game Pac-Man is released
The game featuring a dot-munching round yellow figure moving through a maze has become one of the best-known video games in history. It was produced by Namco.
1960 - The most violent earthquake in recorded history hits Chile
The Great Chilean Earthquake rated 9.5 on the moment magnitude scale. According to estimates, between 2230 and 6000 people were killed.
1906 - The Wright brothers' flying machine is patented
The American aviation pioneers are credited with having performed “the first sustained and controlled heavier-than-air powered flight.” (Fédération Aéronautique Internationale)
Happy Birthday to You!🎶
1959 - Morrissey, English singer-songwriter, pianist
1930 - Harvey Milk, American lieutenant, politician, activist
1907 - Hergé, Belgian illustrator
1859 - Arthur Conan Doyle, Scottish physician, author
1813 - Richard Wagner, German composer, director 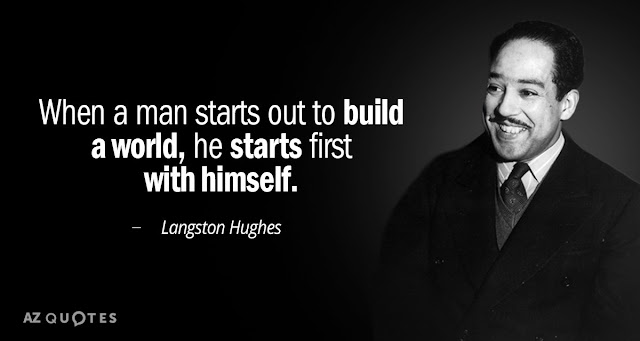 By WannaskaWriter September 16, 2021
Could Use A Little Rain Hereabouts   “Least somethin’s growin’,” I said as I walked the struggling food plot. “Not sure what it all is, but it’s better’n nothin’...   "Like to see a couple inches of rain over night too,” I added hopefully, looking to the darkening clouds in the southwest. It was starting to rain and I was glad about it for if there was one thing we needed in Palmville above all others, it was rain. I just had to look at a small section of the southwest-to-northeast, half-mile long food plot, among several other smaller food plots, that I initiated in April.    I started spraying to control weeds I found a guy on-line: Jeff Stergis of Whitetail Habitat Solutions , https://www.youtube.com/watch?v=NE98PnALU8M that has been doing food plots, for deer, for over 25 years.  With over 160,000 subscribers it seems he has struck a chord with a good many deer hunters, including myself. Best of all, he knows the northern tie
8 comments
Read more

How My Friend Fled Wartime Ukraine

By Kim Hruba March 05, 2022
Hello and welcome to a somber Saturday here at the Wannaskan Almanac. Today is March 5th. Like most people across Wannaska, we've been glued to the news, watching in horror as the Russian army advanced on Ukraine and how the Ukrainians have fought tooth and nail to hold their ground. My husband grew up under Soviet-era rule. His parents can tell the tale of Russian tanks rolling into Prague in 1968 because they lived it. Our Czech family knows instinctively and intellectually what is happening in Ukraine. With the fierce volley and finger-pointing of "fake news" flurrying around media the last couple of years, we watched with bated breath to see how the world would respond. Then exhaled with relief that the world response has been universally unified in support of Ukraine. This is real. Very, very real. Our Ukrainian friend, Stacy, is a single mom, living and working in Kyiv. We met Stacy when she was a 16-year-old  AFS exchange student  in Minnesota during the 1998-99 sc
2 comments
Read more

By Kim Hruba August 06, 2022
Hello and welcome to the first Saturday of August here at the Wannaskan Almanac. We are in the midst of the dog days of summer, folks, and school starts one month from today. "Nobody wants to play with me!" the Youngest complained this week. "You're in luck! Nobody is my middle name!" I said. He glared. "No, it's NOT, Mom." The joke that had gotten us through most of the summer had lost its intended effect. The Youngest was genuinely feeling dejected. I'd seen an uptick in the bickering between his sister and him; full-out screaming, "LEAVE ME ALONE!" "NO!" "YES!!" etcetera, etcetera, usually punctuated by a dull *whack* and a resounding *thump* followed by the Youngest bolting out of their shared bedroom, down the hallway, into the kitchen, and around the table, his sister in hot pursuit. "THE CLOCK!" I bellow, adding to the mayhem. Aaaah, yes.  The kids were readying themselves to go back to school, if
2 comments
Read more