UFOs in the Kitchen

October 05, 2019
Hello and goodness, how did we make it to October already? Today is the 5th and if you dig math, that means that we're already .16 or 4/25ths into the month. Or if you're an optimist, we have 84% left of this wonderful, transitional month where we experience all types of precipitation and weather including, but not limited to, heat, sleet, and snow.

Each week I wonder where my blog content is going to come from next. Each week the family provides, without fail, some kind of adventure or discovery. When in doubt, there's always mayhem.

Last week it was Bigfoot and this week UFOs. And by that, I'm talking about Unidentified Frosted Objects. I'm talking cookies.

The toddler asked last weekend if we could make shape cookies. You know, cut-out cookies. That require a lot of work. At least, that was my initial thought.

I cringed. I hate telling the kid no. (Proof of my lax parenting the older kids will tell you.) But, hear me out. After spending five hours on Saturday prepping wee crab apples for applesauce, and then four more hours on Sunday doing the same, wouldn't you feel a little cringy, too?

From somewhere down the hall, I'm not sure if it came from the bathroom or a kid bedroom, a voice piped up, "Those kinds of cookies are for Christmas!"

Ah! My bucky spirit awoke to the challenge presented. Why should cut-out cookies only be allowed at Christmas time?

"Yes!" I shouted so as to be heard throughout the household. "By golly, there shall be cookies!"

Before sanity and reason could tap my shoulders and argue otherwise, I pulled out two blocks of frozen salted butter (recently on sale!) and a big mixing bowl. I creamed that butter with the sugar without a second thought - because the second thought usually entails, "Why am I doing this?" - and in a wink and a flash of saran wrap, I had my dough. The toddler clapped. He and his sister took the box of one hundred cookie cutters and ran off to her room to make their careful selection.

Come hell or high water, it had to be Thursday.

"Batman!" from the toddler.

"Hearts!" from the second grader.

"Dinosaurs!" from the boy.

My adult brain sought to create order in the randomness. "Halloween! Fall!" I countered. Because, you know, shape cookies are special and should be thematic for the holidays.

After the thought surfaced then passed, my adventurous heart sunk. My creativity arched an eyebrow, crossed her arms and gave me her best indignant look. My inner child wailed an incredulous, "No!"

I heard them. I saw them. I looked at the eager faces of my children.

"Yes! Yes to everything!" I sang as I rolled out the dough.

We busted out all kinds of crazy.

The children presented the cookie cutters as if we were preparing Holy Communion: doggies and dog bones, moons, cats, footballs, a Christmas tree, ghosts and witches, and yes, yes to the batmen, hearts, dinosaurs (two kinds) and stars. (Okay, disclosure: but not to the house shape because it's just way too big and we want to make a lot of cookies because we are seven people.)

"What color should the frosting be?"

"Orange," I answer, because, you know, it's fall and Halloween. (Ach, my right-brained thinking.)

"Blue!" from the toddler.

"Black!" from the second grader.

"How do you make black?" she asks.

Roll with it, mama, just roll with it. "Um, the best we could do with what we have is gray."

I unearthed the mostly orange-looking sprinkles conglomeration I'd amassed over the last few years of making shape cookies. The kids oohed and aahed as little green or red trees dotted their freshly frosted gray cookies among the orange/pink/red sugar glitter. It was just like Christmas.

When the older kids got home, their eyes widened as they nodded silent approval.

2000 - Bulldozer Revolution in former Federal Republic of Yugoslavia
President Slobodan Milosevic was overthrown after hundreds of thousands of protesters gathered in Belgrade to protest against recently held elections. While largely peaceful, the protesters burnt down the Parliament building. Milosevic resigned and stepped down from his office two days later.

1984 - First Canadian to go into space
Marc Garneau flew as the payload specialist on STS-41-G, the 6th flight of NASA’s Space Shuttle Challenger. The flight that launched on this day was also the first space mission to have 2 women - Sally Ride and Kathryn Sullivan.

1969 - Monty Python’s Flying Circus makes its debut
The British sketch comedy series lasted for a year on the British Broadcasting Corporation (BBC). The show was a commentary on daily life in Britain and had several recurring themes and characters played by Eric Idle, Graham Chapman John Cleese, Michael Palin, Terry Gilliam, and Terry Jones. The sketches are often thought to have had a strong influence on television comedy around the world.

1962 - James Bond makes his theatrical debut
The fictional British spy with the code name 007 was featured on the big screen for the first time in Dr. No. Based on the 1958 Ian Fleming novel of the same name, the movie starred Sean Connery as James Bond.

1947 - First televised presidential speech in the United States
Harry Truman, the 33rd President of the US, called on Americans to use less grain to help Europe which was still reeling from the effects of the Second World War. He asked people to avoid eating meat on Tuesdays and eggs and poultry on Thursdays, and to consume 1 less slice of bread every day.


Pull out your cookie cutters, embrace the crazy and make it a great Saturday! 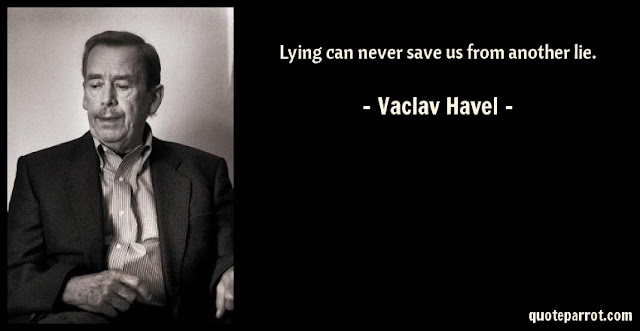