October 27, 2018
Good morning and welcome to the Saturday edition of the Wannaskan Almanac. Today is October 27th.

No daycare this week which meant getting outdoors and on the road with the Toddler. After a few weeks of wonky weather, Mother Nature blessed us with some sunny skies. Tuesday, we headed over to Thief River Falls and Natural Way Mills. On the return trip, we stopped in Wannaska! "Stopped" is a relative term. As in, stopped to snap this photo. I'm sure all my writerly Wannaskan counterparts felt a little ruffling of their hair as I sailed through their little town, sending them psychic greetings of good will. I drove past the Wannaskan Lutheran church, remembering a wedding I attended there and wondered if their church bazaar from two weeks ago, was a hit. Reminds me of Church Basement Ladies and hotdish. Uff da! 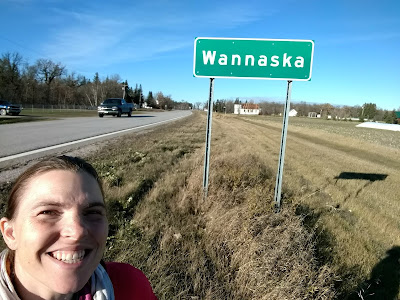 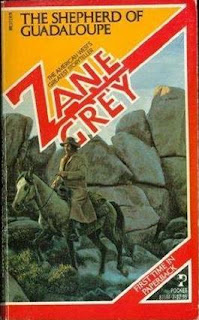 If I've said it once, I've said it a thousand times - living up here in the northwestern pocket of Minnesota reminds me of my Czech mother-in-law's favorite American author: Zane Grey. As we prepare our homes, hearts and minds for another season of snow, might I suggest you burrow into your favorite blanket with a good 'ole Zane Grey western? Anyone a Louis L'Amour fan? Have another western author favorite? Share in the comments! Wannaskan Almanackers want to know!

Around the neighborhood, we noticed our nearest farmer harvested his soybeans. Toddler and I had fun scavenging for soybeans left behind in the moist dirt. It reminded me of the soybean pit at the Roseau County Fair. If you've never lounged in a pool of soybeans, save the date! 2019 Roseau County Fair begins July 21st.

What I Really Needed to Hear this Week

Shocking Spelling Discovery of the Week: To pore over something
I discovered this in my current read. I thought it was spelled "pour."

Recipe Recommendation of the Week: Blueberry "Buchta"
One of the very first things I learned about Czech cuisine was they had two kinds of cake: Dort and buchta. The first one, dort, is fancy cake, reserved only for special events and celebrations like birthdays. Dort is a big deal. Buchta, on the other hand, is everyday cake. People eat buchta as a meal. Like, for dinner. It's a real thing. I'm not making this up.

This basic, tried-and-true Quick Coffee Cake recipe from my mother is what I use for buchta, dressing it up with different fruits and toppings per whimsy. Because I've been working so much lately, Blueberry buchta has been a dinner (or breakfast or lunch) staple at our house the last few weeks. Mix up the batter, sprinkle some blueberries on top, followed by the topping (I double it, but you don't have to.) This is dinner, so the bigger the pan, the better. Bake at 350F for 30-35 minutes. You can drizzle some icing on it if you want. (Icing is powdered sugar and some kind of liquid. I put in some vanilla and a smidge of milk. Just eyeball it. Less is more. You don't want soup!) 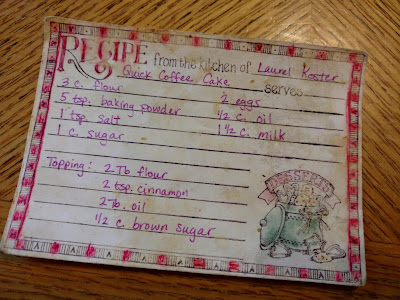 Culinary Reminder of the Week: We've been eating too much pork. I need some chicken.


Halloween movie I probably shouldn't have let the kids watch: The Witches of Eastwick

Halloween movie we considered watching but was too late: The Addams Family

# of Days Until the Kauai Writer's Conference: 8

I submitted all my materials and printed out my "homework" for one of my master classes. It's all coming together and finally feeling real! Woohoo! 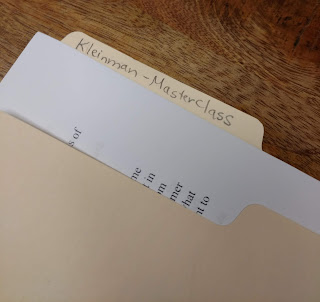 Wannaskan Almanac Digest
Sunday, 10/21 - Squibs on empathy, who's more important and faith.
Monday, 10/22 - Anglophiles will enjoy this poem, The Half Light of England.
Tuesday, 10/23 - Get in on the celebration of a cadre of minor holidays.
Word Wednesday 10/24 - Callous or Callus? (And the real reason why 7 ate 9!)
Thor's Day, 10/25 - Barber shop banter, hunting and an impressive collection of deer stands.
Friday, 10/26 - All you ever wanted to know about Charlestown, Massachusetts.

A rhinoceros is actually bigger than a zebra.


What's your favorite part of Halloween?

1999 -  Shooting in the Armenian Parliament
8 people, including the country’s prime minister, Vazgen Sargsyan and Speaker Karen Demirchyan, were killed when armed gunmen shot at the members of the Armenian National Assembly. The gunmen claimed that they were there to carry out a coup and that the prime minister was their target. The siege ended after the Armenian troops surrounded the parliament building and the gunmen surrendered.

1904 - New York City Subway Begins Operations
The oldest underground subway system in the United States, construction of the transit system began in 1902. Today, the NYC subway is one of the world’s largest and the most used rapid transit systems in the world.

1838 - State of Missouri Passes the Extermination Order
Governor Lilburn Boggs signed Missouri Executive Order 44 as a result of the Battle of Crooked River which took place a few days earlier on October 24-25. The fight occurred between Mormon forces and a Missouri state militia and it resulted in 4 fatalities. The executive order ruled that ‘all Mormons were to be treated as enemies and that they must be exterminated or driven out of the state for public peace.' The order forced members of the Church of Latter Day Saints to migrate from Missouri to Illinois.

1682 - City of Philadelphia Founded
The historical city in the State of Pennsylvania was founded by English entrepreneur, William Penn. Penn received the land as a payment to fulfill a debt that King Charles II owed to Penn’s father. Philadelphia is the only UNESCO-declared World Heritage City in the United States and it was temporarily the capital of the United States in the 1800s.

The snow has melted! Get outside and make it a great Saturday!