April 30, 2019
Is there ever really a correct time to use a comma?  I have been doing some proofreading lately, and the works that I have been evaluating have a comma in every sentence.  Was that done on purpose?  Was it an oversight?  Was their comma button stuck down, or was it reacting to solar flare activity?
I found this chart quite useful: 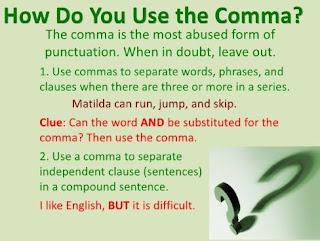 I really like that, but isn't there more?  What about when you are quoting something?  Don't you use commas then?  The answer, of course, is, "Who knows?"  Luckily I found this little snippet helpful. 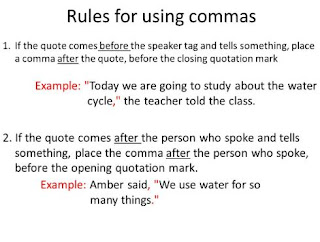 Commas, of course, can be used frequently, infrequently, or not at all in most cases.  Some writers have even banned them from their writing altogether.  The following writers do not, under any circumstances, use commas:  Hank Williams Junior, T.S. Elliot, the Apostle Paul, Mr. Hot Coco, Pauly Shore, or Ann Landers.

On this date in history:
1789  George Washington inaugurated as the first President of the United States under the Constitution.  He was honored, amazed, and bewildered by the number of commas in the Constitution.
1772 John Clais patents first scale.  He used it to weigh mail, buy candy, and find out if he was overweight.
1885  Boston Pops Orchestra formed.  The first pops were Coke, Dr. Pepper, and Root Beer.
1916  Germany ratifies a bill creating daylight savings time.  "Thanks," I say, "for wrecking my sleep patterns twice a year!" 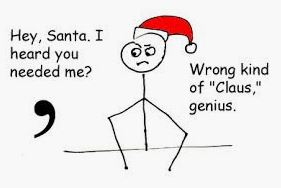 I couldn't possibly close out this comma-cal look at commas without sharing the most popular comma song of all time.  Enjoy!