September 10, 2018
We all feel it, even if we can not name it, or choose not to do so. For some, the “deeper order” wafts over them like the scent of death uninvited. For others, living succumbs daily to this “order.” Still, a few apprehend it as impending, planetary catastrophe emerging from blind stupidity and denial. These last see such a conflagration as the only way to save some members of our species. Whatever the view taken, devastation has arrived in the form of myriad wildfires, unprecedented temperatures, droughts, and shoreline cities disappearing. How many of us truly understand what arises right in our midst? 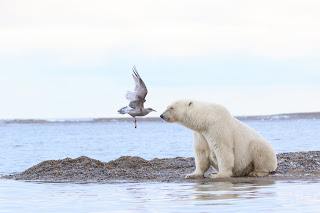 Some say the world will end in
fire
Some say in ice.
From what I’ve tasted of desire
I hold with those who favor fire.
Robert Frost, “Fire and Ice”

Deeper Order
Standing at the highest ramparts
Keeping watch on the wall
and the fire
-       the culling of the herd –
is coming
The prophet-poets have said so
Watching, then saying, for many years
and no one attended
Now the great matter and
songs silent in the singers’ mouths
astonished lips forming large Os
one singer whimpers quietly
overcome by the never seen before
Life exhaling and no more coming home
What could be done is done
the burden laid down
all burning in the light
Last watch of the perpetual night
The ramparts are burning
Fire arrived and no returning

Background
Born in 1950, five years after “the bomb” extinguished most of Hiroshima and Nagasaki I grew up in the era of emerging nuclear power and bomb shelters stocked . . . for what exactly? In my early years, like most of my generation, I/we experienced for the first time, the possibility of the death of all living things on the planet. Perhaps, these things formed the sediment that grew into my felt dissonance between humanity and the natural order – the Deeper Order – impossibly ancient, and present since this blue planet began to turn. As a species, we have (through our choices and actions) declared ourselves separate from the biological laws of living. Our hubris denies the damage done by manmade fires, pollution, and inundations. Time continues, and it befriends no one. Few take responsibility. For example, only 9% of Americans practice recycling. Our homes burn while most scoff at the reality of climate change. In 18 months, the current administration has done more to dismantle environmental protections, to open national lands to logging and mineral extraction, and to withdraw from powerful accords than several prior administrations together.

The Deeper Order stirs and rises like a dragon awakening from its sleep. The fire has arrived.

Exploration 1: Do you believe a “deeper order” exists? If so, please attempt to define it.
Exploration 2: Do you think the human species will still be around 100, 500, 1,000 years in the future? If so, why? If not, why not?
Exploration 3: How might Frost’s reference to “desire” be interpreted in light of the subject of this short poem: the end of the world?
Exploration 4: Do you find this post alarmist? Necessary to consider? Too bleak? Right on target? Something else?

Wannaska World
2018.09.10
Paula Pepperhorst stood at the kitchen sink, sipping a cup of hot, Celestial Seasons® Sleepy Time tea. The clock read a few minutes after midnight. She kept the Sleepy Time stored in the spice cupboard, way at the back; she almost never had trouble sleeping. Tonight, she was wide awake and alert. Otto wasn’t in his room where he belonged. “Where is he?” Paula worried. She mentally scanned the past few days to see if she could find any clues as to what would take Otto out of the house so late. “I could ask the Beebs,” she thought tentatively. “No,” she decided, “he would only protect Otto’s secrets.” She would have to ask Otto herself, she realized. Then she had a better idea, and she wondered why this line of thinking hadn’t come to her before. The answer had more than one advantage: Otto needed another dog.

“Holy buckets,” Paula said out loud. “That’s it!” She considered the details: Otto obviously missed Wink, and he was obviously very dejected every time he came across one of Wink’s possessions – an old chew bone, a rubber ball, the food bowl, even dust bunnies containing Wink’s fur. “Hmmm . . .” Paula considered whether or not Otto’s absence had something to do with Wink’s absence from Otto’s room every night, where in doglike fashion Wink hopped up on the bed, spread out all four limbs pushing firmly into Otto’s back. Yes, that had to be the reason Otto went out at this time of night. He must have wakened and felt Wink’s absence. Perfectly reasonable. Paula suspected that Otto and Wink had made midnight excursions before. In fact, a few times, in groggy consciousness, she thought she had heard Wink’s nails clicking on the kitchen floor, followed by the click of a latch. Because Wink accompanied Otto, Paula rested easy, and chalked up the nocturnal excursions to “boys and their dogs will be boys and their dogs.”

On a roll, suddenly, Paula remembered that she had heard that a litter of puppies had been born on the Olson farm, oh, maybe six weeks ago or so. That couldn’t be a coincidence, what with Otto needing another dog after his affection – no love – for Wink. Paula thought the puppies were probably a blend of the Olsons’ gentle Golden Retriever, and a burly German Shepherd from another farm about a mile away who was, uncharacteristically prone to wonder, especially when a bitch was in heat anywhere within a ten-mile radius. Yes, this might just work! Maybe the Olsons were even trying to give the puppies away. She would call them first thing in the morning.

“Where have you been?!” Paula questioned none too harshly. “And where did that animal come from?!”